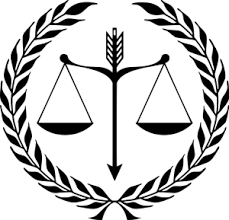 Hiring an experienced attorney from our free DUI lawyer listing may help you to have the charges reduced or even the case dismissed. A DUI lawyer will negotiate with the court for lesser sentences and treatment diversion programs.

A motorist can be convicted when his or her BAC (blood alcohol content) exceeds the legal level between 0.05% and 0.08%, depending on the jurisdiction.

A DUI lawyer handles DUI (driving under the influence) or DWI (driving while intoxicated) which is a criminal charge that occours when a motorist is caught operating a vehicle while impaired by the effects of alcohol or any kind of drugs, including prescription medications.

Driving impaired is a serious offense that could wreak havoc on your career, your driving record, your life and your family’s life.Our free Dui Lawyer listing can connect you with the legal help you need.

A motorist driving under the influence you will receive some sort of criminal sentence: a hefty fine, community service, or even jail. The sentence will depend on the severity and whether it is a first offense. Your driver's license also may be suspended or revoked. In that case, a U.S. DUI lawyer may help you obtain the court's permission to drive to and from work or drive with the condition of using an ignition interlock device (IDD).

Drunk driving involvement in fatal crashes in 2017 was almost four times higher at night than during the day (32 v 9 percent).

In 2017, 9% of all drivers involved in fatal crashes during the day were drunk, compared to 32 percent at night. In addition, almost twice as many alcohol-related traffic fatalities occurred during the weekends compared to weekdays.

In 2017, 15% of all drivers involved in fatal crashes during the week were drunk, compared to 28 percent on weekends.

Alcohol-impaired driving fatalities accounted for 29% of the total vehicle traffic fatalities in 2017.

In 2017, three times as many males were arrested for drunk driving as females.

According to the National Highway Traffic Safety Administration, 37,133 people died in traffic crashes in 2017 in the United States (latest figures available), including an estimated 10,874 people who were killed in drunk driving crashes involving a driver with an illegal BAC (.08 or greater). Among the people killed in these drunk driving crashes, 68% (7,368) were in crashes in which at least one driver in the crash had a BAC of .15 or higher.

50 to 75 percent of convicted drunk drivers continue to drive on a suspended license.

DISCLAIMER: LegalHandle.com provides internet content that is designed only to entertain and inform and is not to be considered professional law/legal advice. Consult a licensed attorney or law firm in your State of residence who will advise and answer all your questions and concerns about any legal issues you may have.